Meet the black woman who invented an improved HIV test

Content provided by HIVplus​ (www.rhivplusmag.com) Note: Content, including the headline, may have been edited for style and length.

Dr. Catherine Kibirige knew she wanted to work in the area of HIV research at an early age. In addition to being very interested in science as a child, she also witnessed firsthand HIV’s devastation on her family’s homeland of Uganda.

She explains that civil wars had only exacerbated the problem of HIV in the country, and could have possibly been the origin of the virus in the area.

“The first cases of HIV were actually recorded or reported in Uganda, in a town called Rakai near the border with Tanzania,” she says. “And it really devastated our country because we’d just come through a series of civil wars. And actually, I think they trace the way the virus spread to some troops that had come in [from Tanzania] to help depose one of the dictators, so the route it followed into the country was associated with that.”

She adds that, even though she had not been raised in Uganda, she felt the ripple effect of HIV through her Ugandan loved ones.

“It was very, very devastating…. We ended up losing a lot of people, even within the Ugandan community in Kenya, so it really did affect me…[we] lost close cousins, relatives,” she recalls. “And science being my strongest subject…it just piqued my interest.”

Kibirige says life in Kenya sharply contrasted with the chaos and devastation her family had fled from in Uganda.

“It was a safe haven,” she says. “A lot of Ugandans fled to Nairobi, to Kenya, so there was a big Ugandan community — a lot of relatives, friends, extended family…. And it was a very idyllic upbringing, lots of really pleasant memories.”

The family would later relocate to the U.K. after her father began working as an engineer in Maidenhead, an area about 40 miles outside of London. Kibirige says suddenly being in a different culture definitely took some getting used to. “We lived in Bracknell, a small town near Reading — which, at the time, was not very diverse at all.”

“It was a rarity meeting other African people in the town,” she recalls. “And people were just getting used to us being there as a Black family. Even in the school…it was just me and another Jamaican girl in my class. It was a lot of adapting and then a lot of explaining.”

When it was time to venture out on her own, Kibirige moved to West Bromwich, in the Midlands, “an old coal mining town. I worked at a chemical factory [Robinson Brothers Limited] and lived at the YMCA for a year before going to university.”

From there Kibirige traveled to the southwest corner of England, near Wales, to further pursue her career in science at the University of Bath. She achieved a Master of Biochemistry there, and later her Ph.D. in Molecular Microbiology and Immunology at Johns Hopkins University in the U.S.

After completing college, Kibirige traveled to her family’s homeland of Uganda as a volunteer with the Rakai Health Sciences Program — a collaboration between researchers at Makerere, Columbia, Johns Hopkins Universities, and the Division of Intramural Research at the National Institute of Allergy and Infectious Diseases. Just a few months later, she was offered a research job there. Two years after that, she was sponsored to come to the U.S. to obtain her doctorate from the Department of Molecular Microbiology and Immunology at the Johns Hopkins Bloomberg School of Public Health.

While working on her first post-doctoral position with the U.S. military’s HIV research program, which at the time was administering a vaccine trial in Thailand, Kibirige was presented with a problem that became an unexpected project. The trial was using an assay (a lab test used to find and measure the amount of a specific substance) but it did not detect all of the circulating HIV subtypes.

“I was working in a technology assessment laboratory,” she says, “and my supervisor had been involved in developing viral load tests and other kinds of tests for HIV…and was involved in helping the different companies test out new versions of the assays and making sure that they covered all the different strains. The military, having troops deployed all around the world, had a very diverse repository [of HIV strains], so they were able to provide all sorts of different strains for companies to kind of test and upgrade their assays.”

This began her work on re-developing the assay so it would be more sensitive and able to detect more of the various HIV subtypes and variants — which she has now successfully done. But Kibirige adds that another issue is cost. Now that the more sensitive test has been developed, she says that finding ways to produce and distribute it cheaply in places like Uganda is vital.

“I’m actually focusing on the cheapest, easiest version, which is the version that detects cellular DNA…so you don’t actually have to do any DNA extraction,” she says of the new assay. “It’s very low tech.” She is also working on making the tests freeze-driable, so they will have longer shelf lives at room temperature. This means the tests would no longer require a "cold chain" (a delivery process requiring uninterrupted temperature control) and enable them to be easily administered at the point-of-care in resource-contrained settings.

Content provided by HIVplus (www.hivplusmag.com) Note: Content, including the headline, may have been edited for style and length. 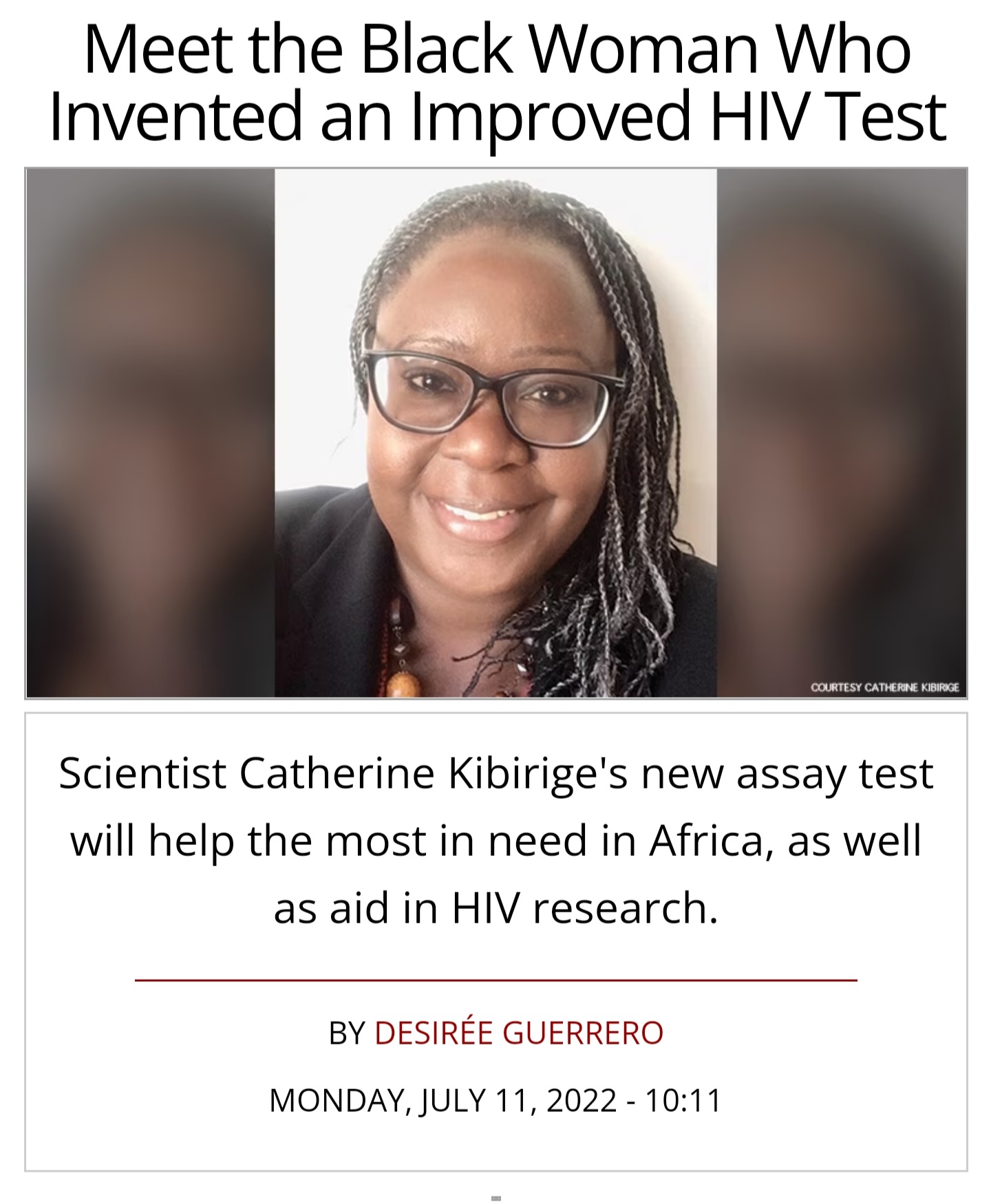