Reversing The African Brain-Drain And Giving Back Effectively

My name is Dr. Catherine Kibirige.  I have been on the Center for Research and International Development (CenRID) advisory board for nearly three years now.  I have found it to be a very rewarding and inspiring experience.  It has given me the opportunity to engage with the continent in a productive way, utilizing my skills and expertise remotely.  My eyes were first opened to this possibility by a cousin, Sandra, who got involved in a porridge-breakfast program set up by a lady from her home village in Western Uganda.  The Lady’s name is Anita and she heads the Mpambara-Cox Foundation.  I was a student in Baltimore at the time and was living with Sandra.  She invited me along to some of Anita’s fundraising meetings.  The project all started when Anita, as a teaching assistant, partnered her son’s elementary school to a school in their village so that the students could be pen pals.  They soon started fundraising for books and school supplies and then started the breakfast program, where all the pupils in the Ugandan school receive a free breakfast.  They then went on to set up a very successful micro-finance and skills training program for the school mothers.  What started as a simple idea, has now blossomed into a well-established foundation over 10 years or so.  The breakfast and microfinance programs have spread throughout the district and the Foundation now has an established office, library and internet Café in their town center.

As well as contributing financially to organizations such as this one, another of my concessions has been that, I have been working in International Public Health, with organizations that operate in Africa since graduating from my studies in Baltimore. This, however, did not feel like enough to me and so, when Nii Lantey - Founder & President at CenRID, officially asked me to join the advisory board, to assist with grass-roots community projects in my home-country, I jumped at the chance.

How did Nii and I meet?

Well, another cousin of mine –Joanita, was asked to oversee the affairs of a relative’s remote island in Lake Victoria.  A surprise inheritance. The relative is based in the United States and doesn’t travel home that often. Joanita on the other hand, is semi-retired and spends many months of her year in Uganda.  She visited the island –Lingira - and established an annual Arts camping festival among other things.   Joanita is a tourism and music promoter.  Lingira island has about 6 village settlements and approximately 3000 inhabitants with desperate infrastructure and healthcare needs.  Joanita, knowing that I had worked in public health in Uganda, asked if I could help her get better healthcare to the island.  I found CenRID online and was attracted to them because they operate in Jinja, on the coast of Lake Victoria and neighbor Buvuma district, where Lingira is situated.  CenRID’s mission mirrors the Lingira Island Foundation’s 5-year strategic plan.  I approached CenRID to see if we could write some proposals together and co-implement some health and development programs in the area.  The two organizations are now development partners and I work with them both.

It’s funny, but, when I initially offered to help Joanita with the Lingira project, I did so by fundraising for a local Ugandan doctor who had agreed to run periodic medical camps on the island.  I knitted some fishnet-like scarves, made some organic candles and designed some merchandise using artwork donated by a Ugandan artist – Emma Kavuma.  These things were a simple extension of my hobbies.  I sold the items at my church and at work.  The money helped fund a medical camp at the Island’s only primary school.  The money I personally raised was used to purchase anti-malarial and deworming medication.  It was such a nice feeling to know that a small gesture had gone such a long way and I was inspired to do more.

I figured that all my education and years of experience in public health research could be put to greater use.  I have a lot of grant-writing experience including a short stint with the Wellcome Trust as a grant assistant.  I knew I could help Joanita put together some proposals, network and find development partners.  I knew I could help the Lingira Island Foundation and CenRID access funding in Africa, the US and Europe, so, that’s what I do now.  Being on the CenRID advisory board also allows me to advise on other aspects of their work including resource planning, identifying new personnel, steering the direction of programming, marketing and communication. I didn’t realize how much I had to offer until I interacted with the group and saw how much they valued and quickly implemented my ideas.  It has helped them progress and increase their impact.  It has also encouraged me to do more in my current full-time role.

I feel that young visionaries who take the plunge and return to Africa, like Nii Lantey, need the support of people like us, who are well-positioned to help. It has been a privilege to engage directly with a locally based development program, albeit vicariously.  I encourage anyone with a similar desire, to get involved in any way you can.  You could donate funds to CenRID or volunteer your skills and time.  Every little really does help. 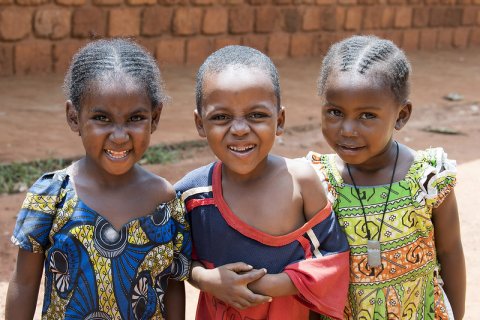 Nii Lantey Bortey - Founder & President of CenRID, explains some of the benefits of an integrated approach to early childhood development (ECD).